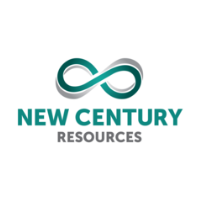 This approach focuses on the use of the existing infrastructure, maximising the value of the sunk capital invested (estimated ~$2Bn). The reprocessing of the tailings waste-stream and encapsulation within the open pit also provides a significant reduction in the overall footprint of disturbance of the historical Century mining operations. The commencement of economic rehabilitation at the Century Mine also eliminates the need for infrastructure dismantling and final closure activities until well after 2050.